What happens when your own child is sick is that all medical school training and practical knowledge go out the window.

Yesterday,  Jacob awoke from his nap feeling hot. I had the luck of taking a nap with him in the afternoon so I thought it was my body heat contributing to his temperature. But it wasn’t. The temporal artery thermometer was registering under 100.4 but I knew that wasn’t right because he felt hot to me! So I took a tympanic temperature and it was 102.8+. Oh no, so I grabbed the Advil, rechecked the dose and gave him Advil 5mL.

He acted the same, ate dinner the same, I encouraged fluids like orange juice and milk. We gave him a bath and off to sleep he went. I always hesitate when he is sick- do I sleep with him, do I let him cry it out, what do I do??? 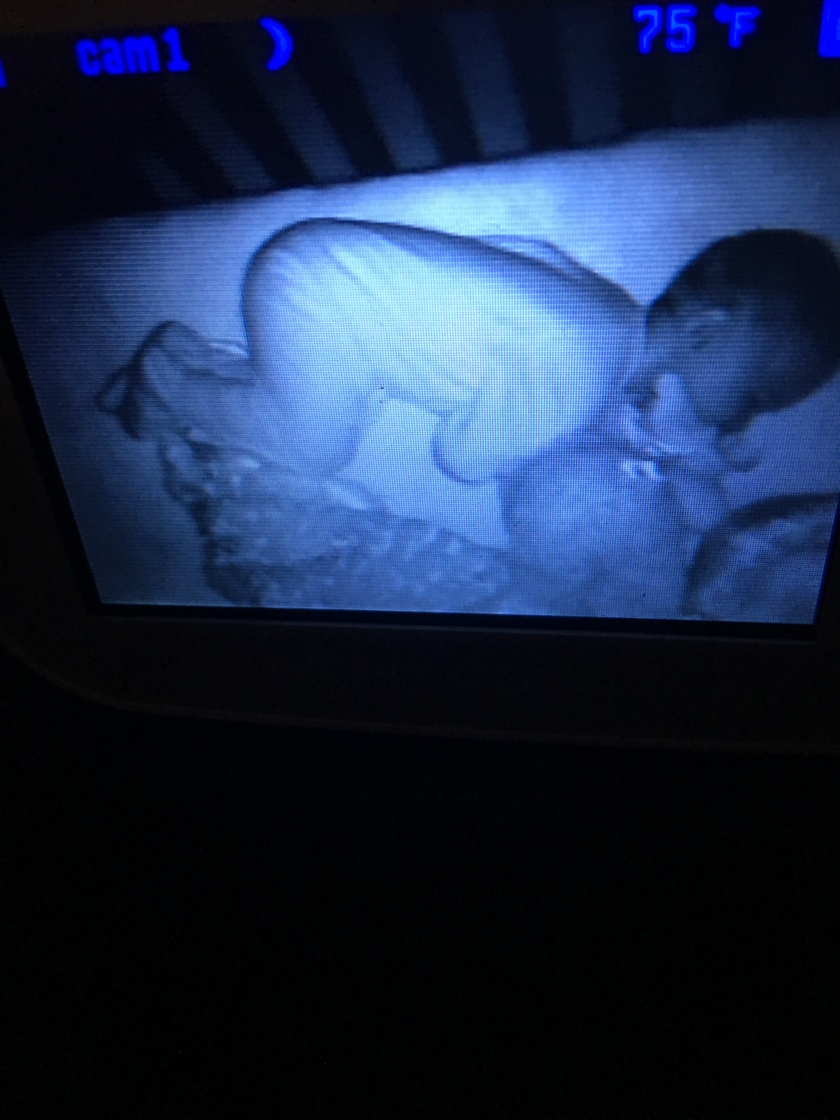 This morning, he wasn’t standing up in bed but he was rolling around. So before I walked out the door, I picked him up. Thankfully I did because his cheeks were rosy and he was hot to the touch. Again, the forehead thermometer registered afebrile and the tympanic thermometer was registered 102.5+ degrees. Luckily, we had some Advil at the house! We had finished the infants’ Advil yesterday and I asked my husband to go buy more in case we needed some in the middle of the night. (Pat on the back, applause!!)

Where /how did he get sick? Was it because we took him to a New Year’s Day party where there were other health professionals? There was a bowl with Chex Mix that everyone’s hands had touched. Was it the zoo yesterday? He barely got out of the stroller? Hm… where did it come from?

He was super clingy and sad with me leaving this morning. After all, we had spent 1.5 glorious weeks together with him and me home together. I too was dreading the return to work.

Luckily it was really slow today with cancellations left and right so I made it home early. A friend suggested I call Jacob’s pediatrician because there has been a lot of the flu going around these days. So I called and we’re going in after he wakes up from his nap.

When Jacob is sick, logic, reasoning and calmness go out the window. There is the other spectrum of this continuum (e.g., my husband) who thinks Jacob needs to build his immune system and the pediatrician isn’t going to do anything that we wouldn’t do already (encourage fluids, watch his urine output, behavior, give Advil and check temperatures, etc.). But in this case, with the flu being so prevalent, she’d give Tamiflu! So again, pat on the back for being cautious instead of thinking I know everything.

So, the nanny says he is napping comfortably and is playing well and eating well. I will keep you updated on his condition as soon as I can!